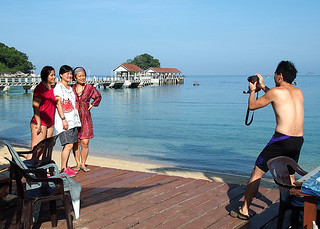 Bang in the middle of August my Hong Kong Group of nine people arrived here in Salang! With them came my good friends Cindy Chia and Jon Grevich. Cindy and the leader of the Hong Kong Group, Samuel Yuen, were friends from their university days.

On the same day Carin Leong and Jason Lee arrived. They had taken my Rescue Diver and Emergency First Responder package earlier in the year. To take their diving skills and knowledge up to the professional level, they had decided to enrol in the PADI Divemaster Course.

Even Jon’s Dad, Tom Grevich came along with his girlfriend Ya from Thailand. A truly international bunch! One of the great benefits of diving is that you meet people from around the world, in different walks of life, make friends with them and have fun! 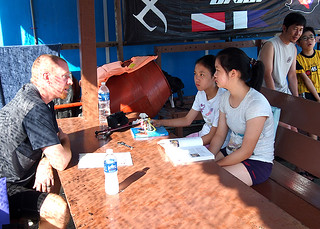 We all had a busy week ahead!

The plan for the group was for Terry, Tsz Him Yip and his mum Joyce, Chui Shan Cheung to take their Open Water Course with me, assisted of course by Carin and Jason.

Three of the group, Samuel, Tan Yip and Eve were here on Tioman Island for the fun dives, while Samuel’s wife, Carlie Yuen put her feet up and enjoyed the view. 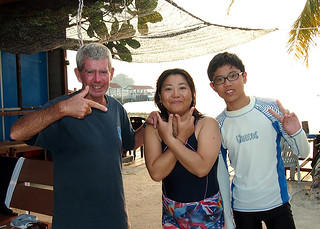 Carin literally saved the day with her command of the Hokien language – thank you Carin for saving my butt – while Jason started the week assisting Jon with the Advanced students.

Samuel and friends had a great time out on the boat. They were happy with the corals, marine life and underwater formations found in this area. We didn’t have great visibility that week, but he was gracious enough to grant that that was beyond any one’s control.

By the end of the week everyone had clocked up a good number of dives. Both groups of students successfully completed their courses, and Carin and Jason had made good progress with their climb up a rather steep and long learning curve. So congratulations all round!

Many thanks Samuel for hosting all those magnificent dinners, and we all hope to meet up again next year! 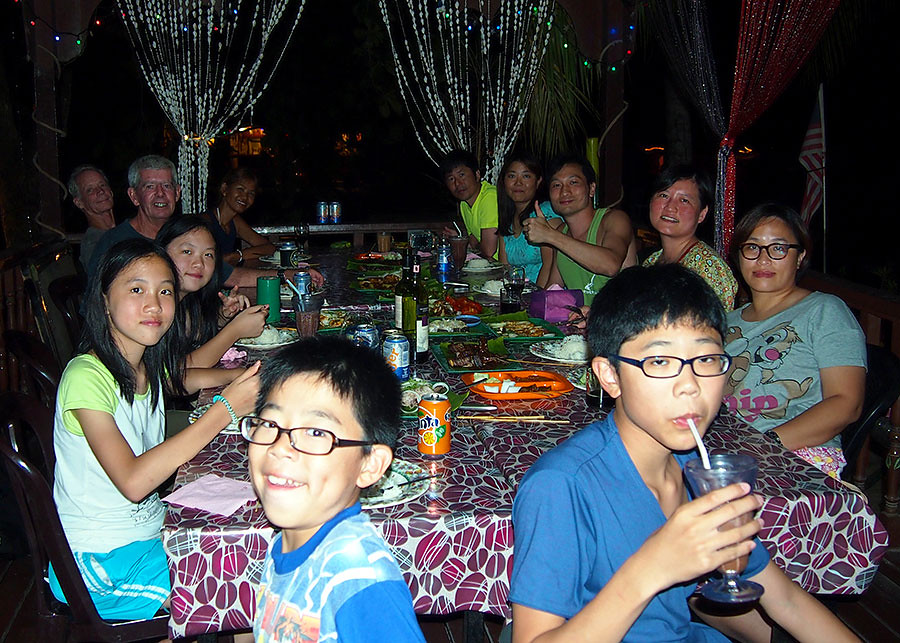