Finding street art in Mersing was for me something of a delightful surprise! For those that do not know it, Mersing is a quiet and anonymous town at the far end of long roads from the more glamorous locations of Kuala Lumpur or Singapore. It is certainly not the place you would go to in order to find public displays of what is now seen as an alternative art form.

First of we have the shark. It is not the most original choice of subject and the execution could have been better, but that said I think the guy who painted this must be commended for the sheer scale of the project. It is huge, and let’s be honest here – anything is better than a blank and moldy wall! 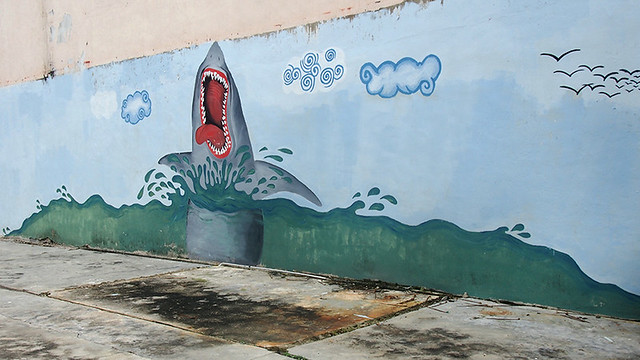 Next we come to two photographs of different aspects of the same building. This work started off as just a mix of colour blocks and then the animals were added later. We have a dog and cat and then a group of cats having fun. The execution of the work is a lacking in detail, but it is the first of the pieces that has a dash of whimsy – a theme shared by many of the images found here. 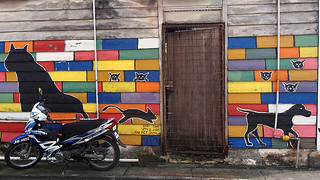 Cats and a dog 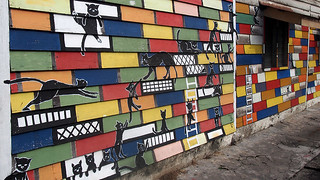 
On the car park side of Omar’s guest house there is a starkly black and white street scene, of people going about their daily business with a flock of birds perched on the wire above. Just at the edge there is a cat trying for a hopeless catch – again a bit of light hearted fun. 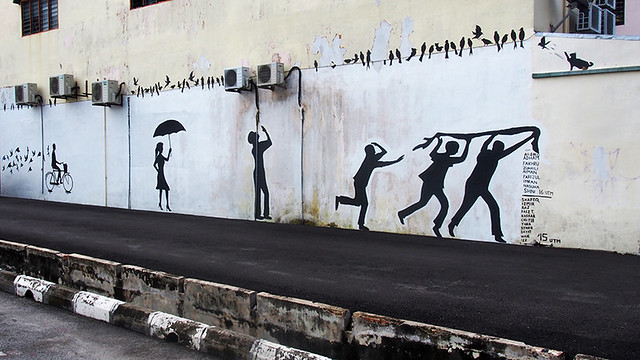 There is a link street behind Public Bank that is blocked at one end to make it impassable for traffic and which is rarely used even by pedestrians. But here the street art in Mersing gets much more exciting! At one end of the street there is a very graphic interpretation of a hungry fish that I find to be a bit sinister, and opposite there is an octopus that also looks malevolent! 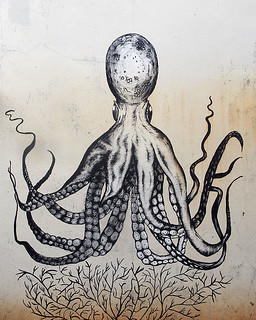 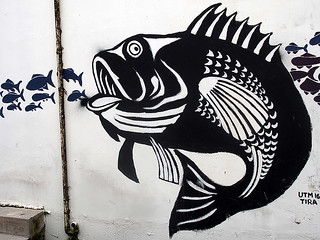 Further on there is a fantasy tableau of underwater exploration and drama that has echoes of Jules Verne and countless ‘B’ rated movies. And it is none the worse for that. We have the submarine mother ship with its lobster grab claws and the hatch left open while the divers explore. One of these adventurous divers falls victim to a fantasy Angler Fish while his team mates are unable to help or just don’t notice while the carry on with their task. 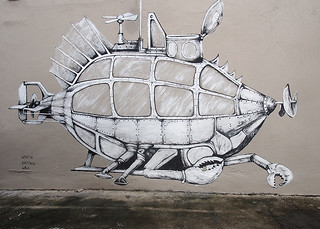 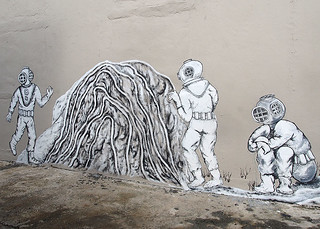 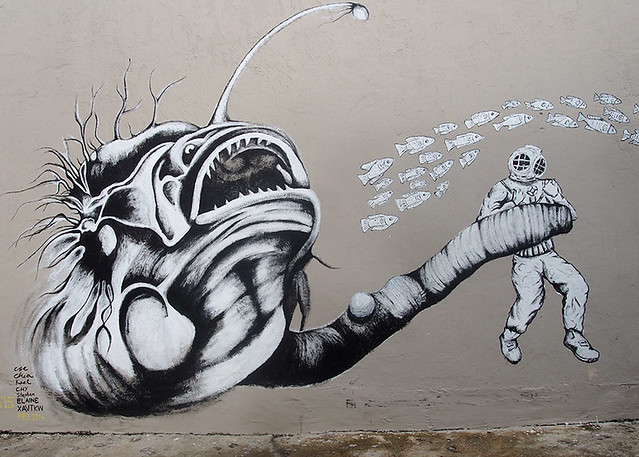 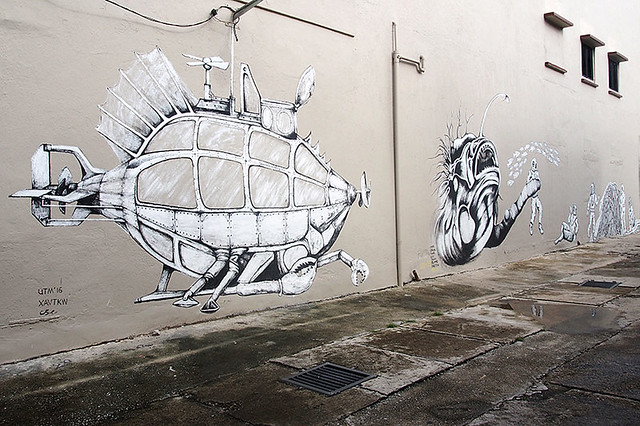 I have saved the best for last – The Fish Fantasy! I think this is an exceptional piece of street art, with bold colours, a sparkling imagination and again a light hearted ‘Alice in Wonderland’ feel. Which child doesn’t love the bubble stick, and here this little girl creates her own wonderland of the ocean. Enjoy! 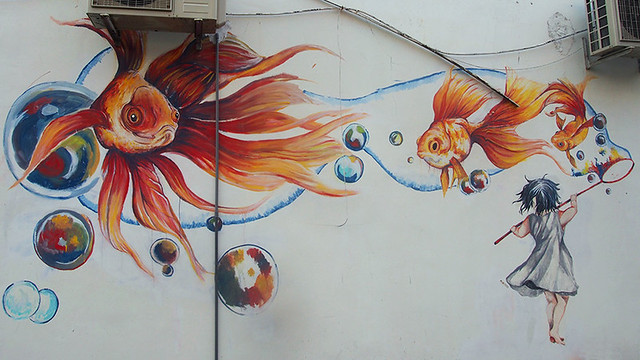