The Mersing Art Fiesta has resulted in the street art in Mersing updated. I originally blogged about this around one and a half years ago, so I thought I would bring this to the attention of travellers heading to Tioman Island through the port of Mersing.

Let’s start with the side wall to Omar’s rest house which is clearly visible on your way to or from the jetty area. This is what it used to look like: 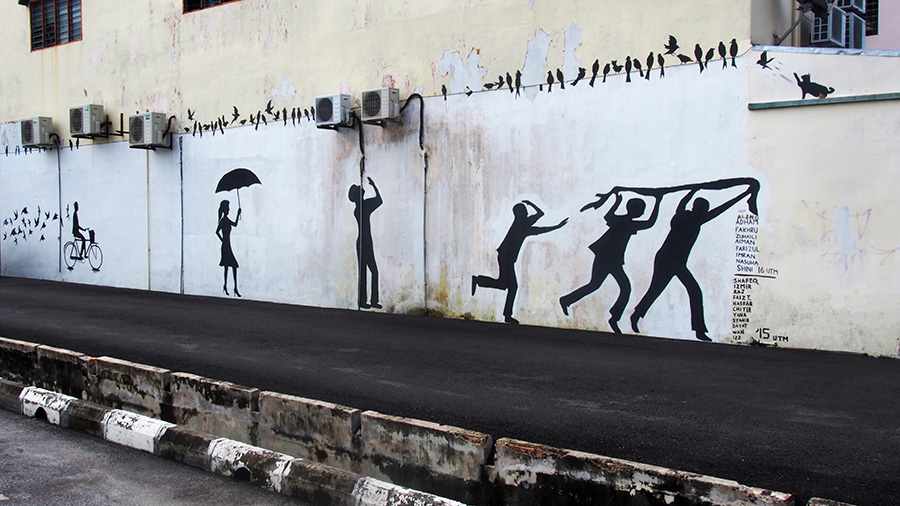 Now it has evolved into this: 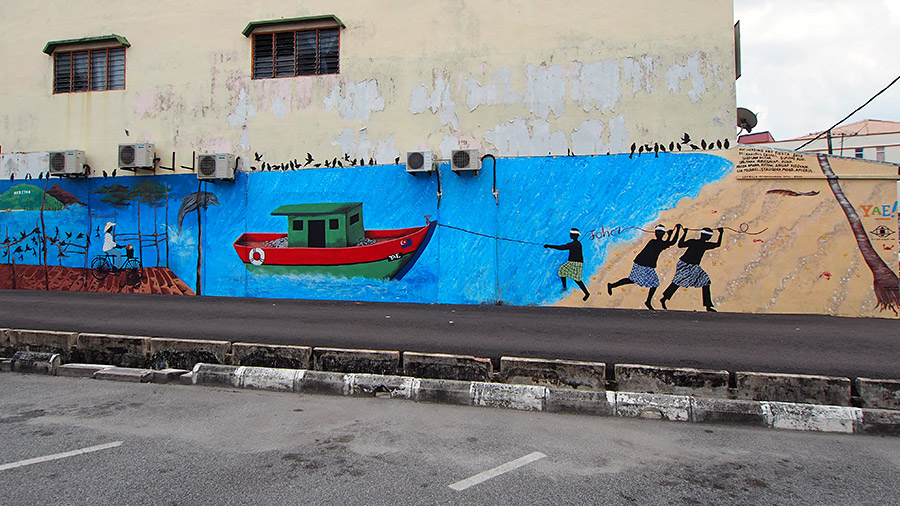 Elements of the original have been kept, but the whole thing has been reinterpreted and become something new, colourful and relevant both to the town, it is a fishing port and many of the residents are fishermen, and the islands. 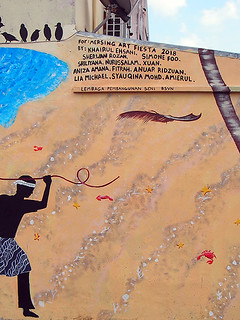 This detail from the top right hand side of the mural shows that the work was undertaken during the Mersing Art Fiesta. I hadn’t even realised that Mersing had an art fiesta! What a delightful surprise! I don’t know for sure, but I am guessing that the updates that follow were also a part of the fiesta. I plan to attend next year if I can. It would be amazing to meet the artists, who are now named next to their work, and ask just what it is that inspires them!

Let’s move on to the street behind Public Bank that links Jalan Abu Bakar near to the roundabout to Jalan Sulaiman. This is where the most transformation has taken place! Not only has the art work been updated, but a ton of new work has been commissioned. Even the street in itself has been transformed with new tiles, tables and chairs, and potted plants!

Firstly the Octopus has been turned from this: 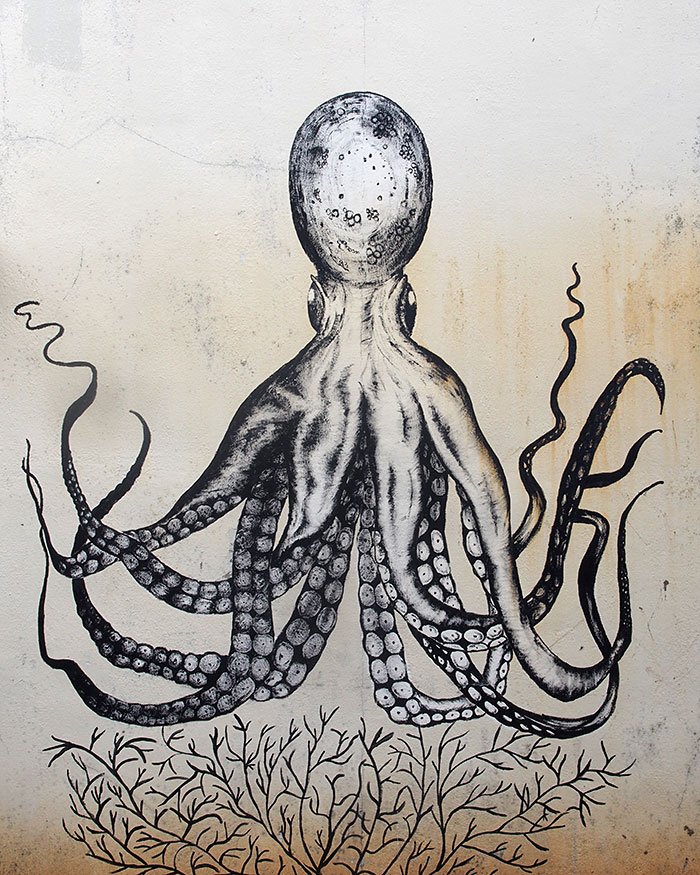 to this, which is a much more dynamic image: 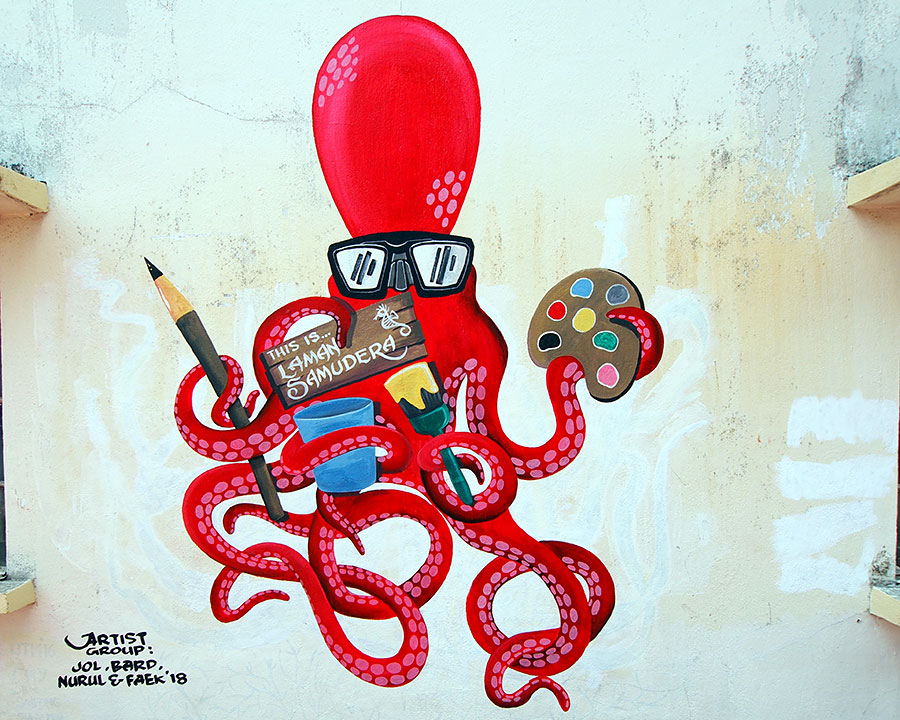 The Hunger has gone from this: 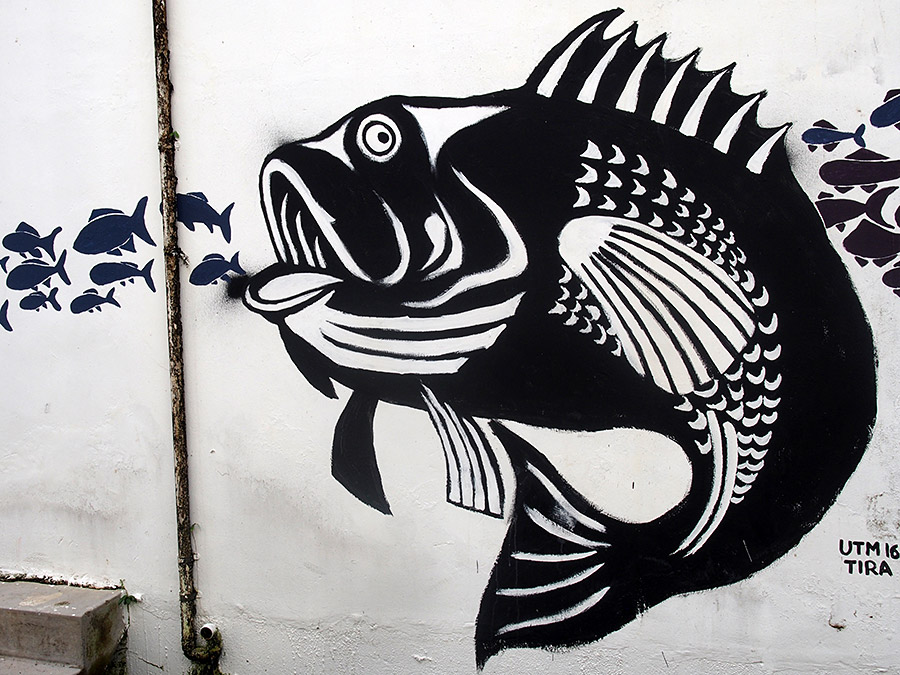 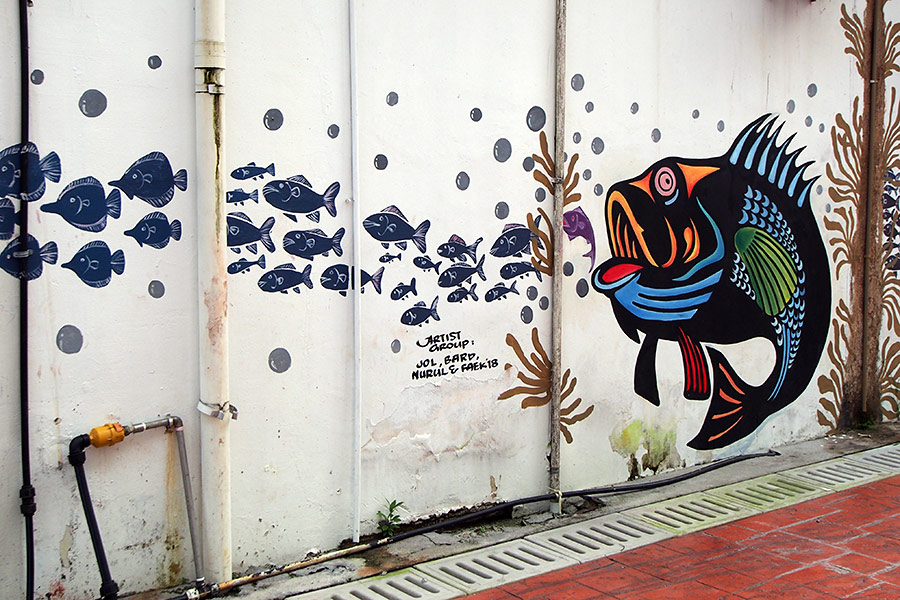 I liked the original black and white image. It had a brutal, basic feel to it, so I guess the more colourful update makes it more appropriate in this setting.

The Jules Verne inspired art work has evolve from this: 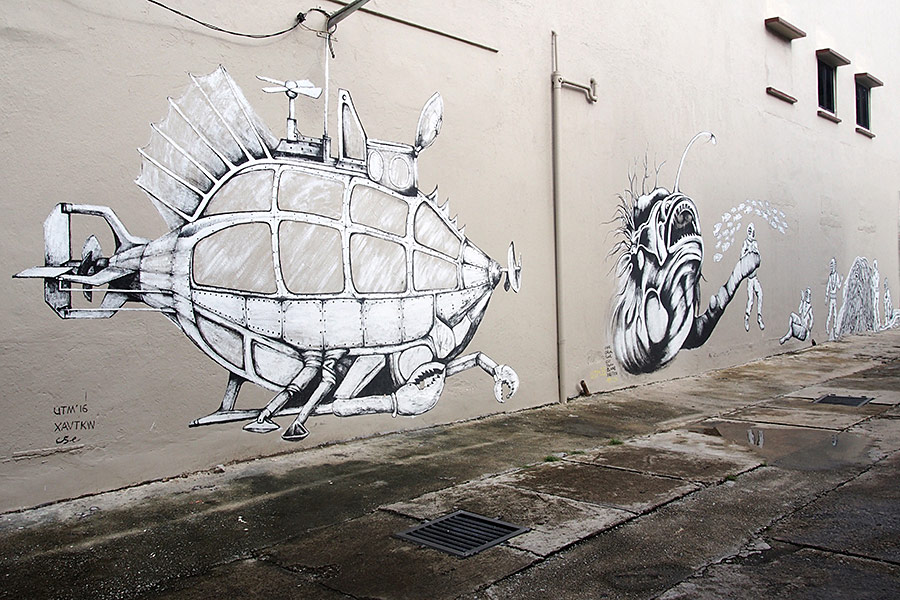 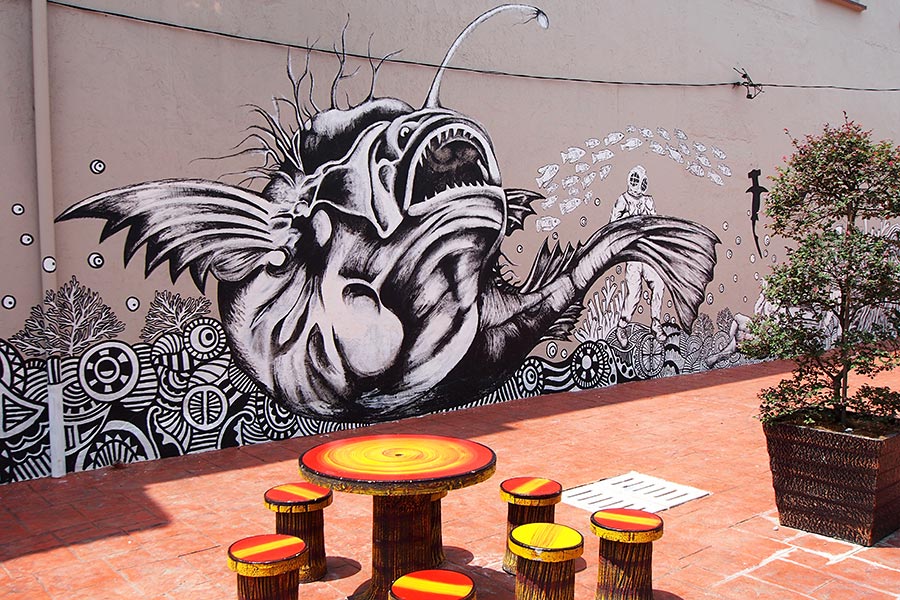 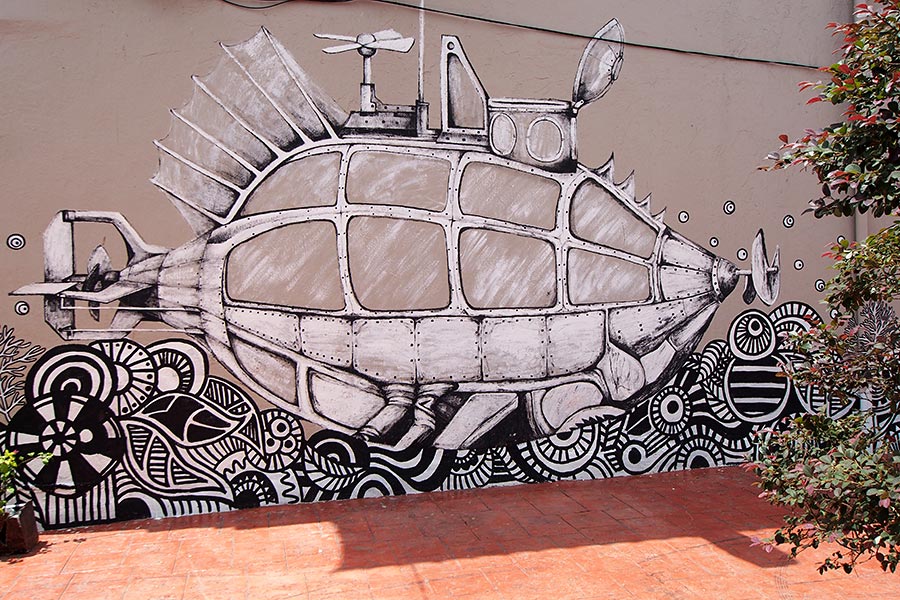 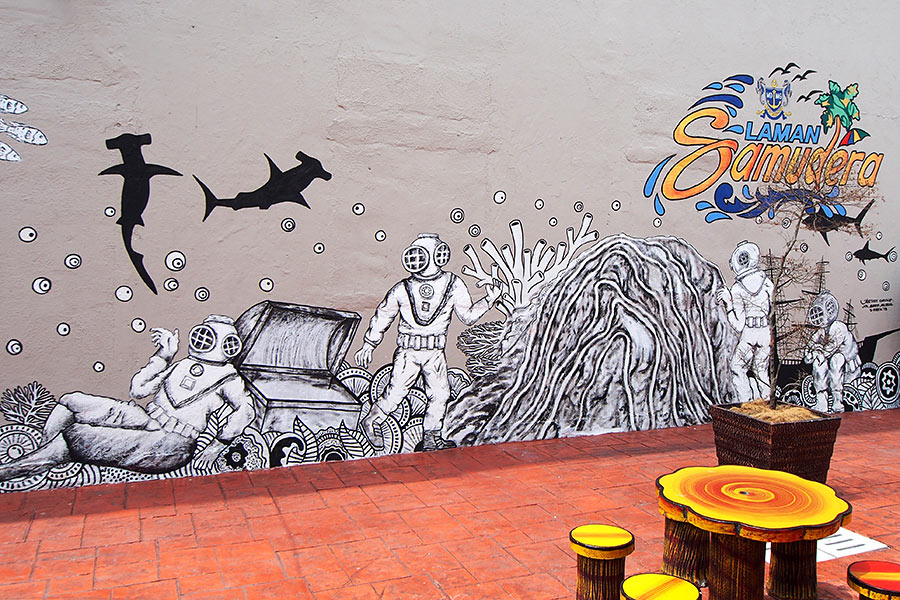 While this shot gives a little more detail to the ship wreck in the background: 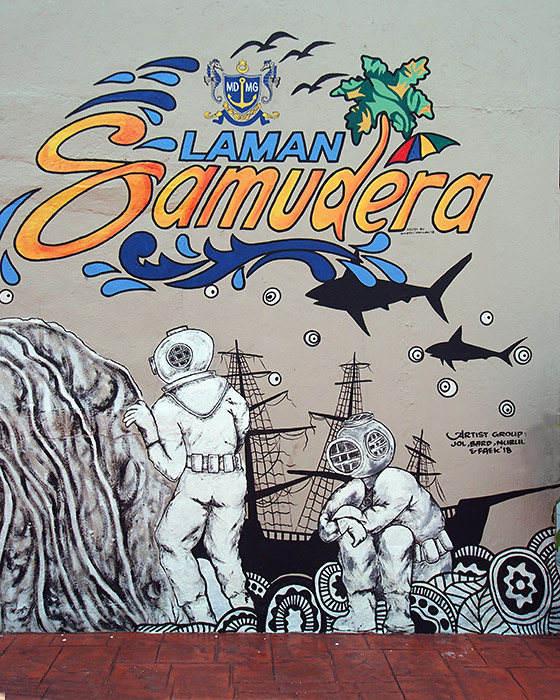 The background colour remains and gives a sepia tone which enhances the feel, but the addition of background and detail joins up the originally separated images to make a more readable story.

Not only has the old work been enhanced and updated, new work has also been added. The dobi shop (laundromat): 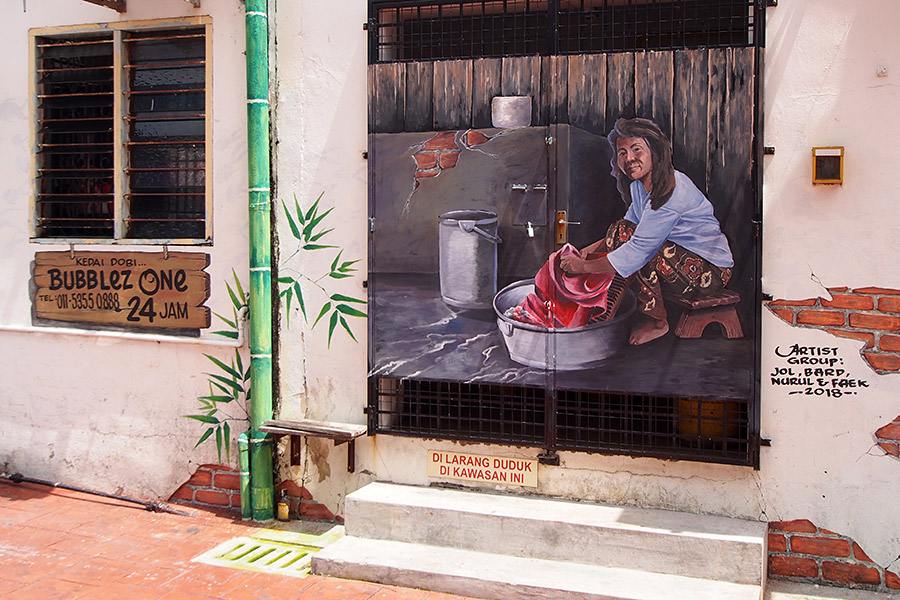 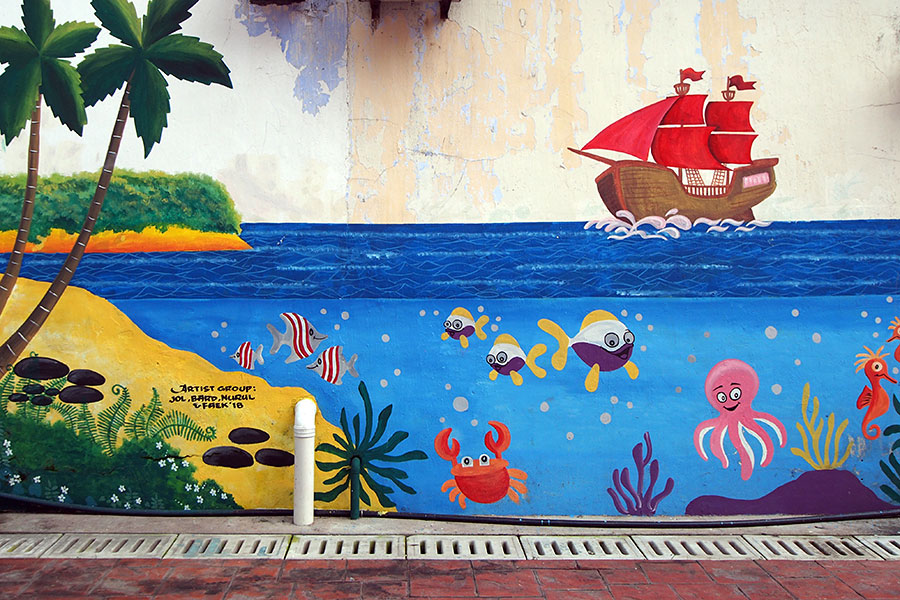 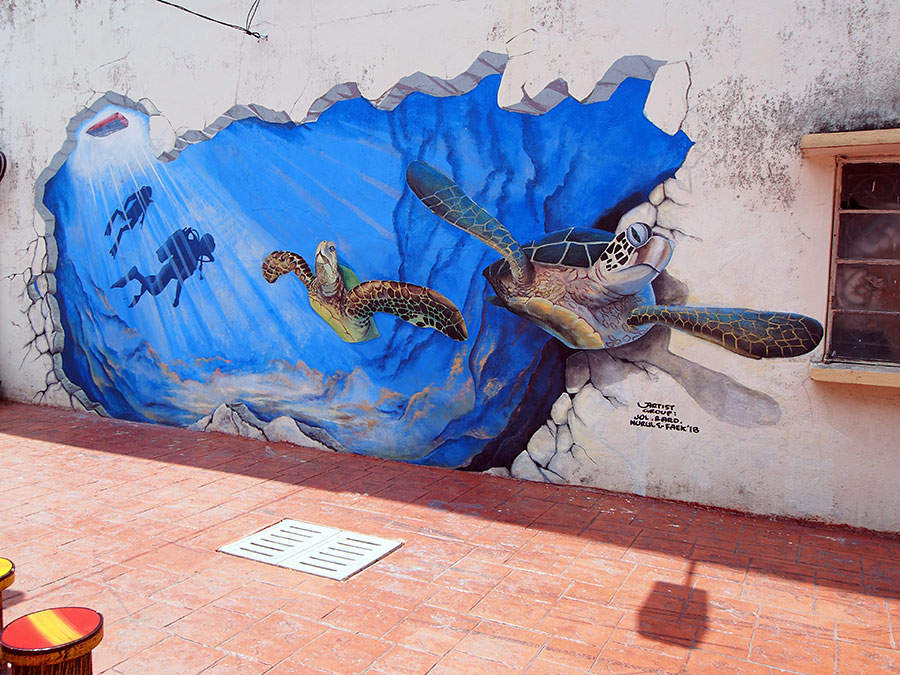 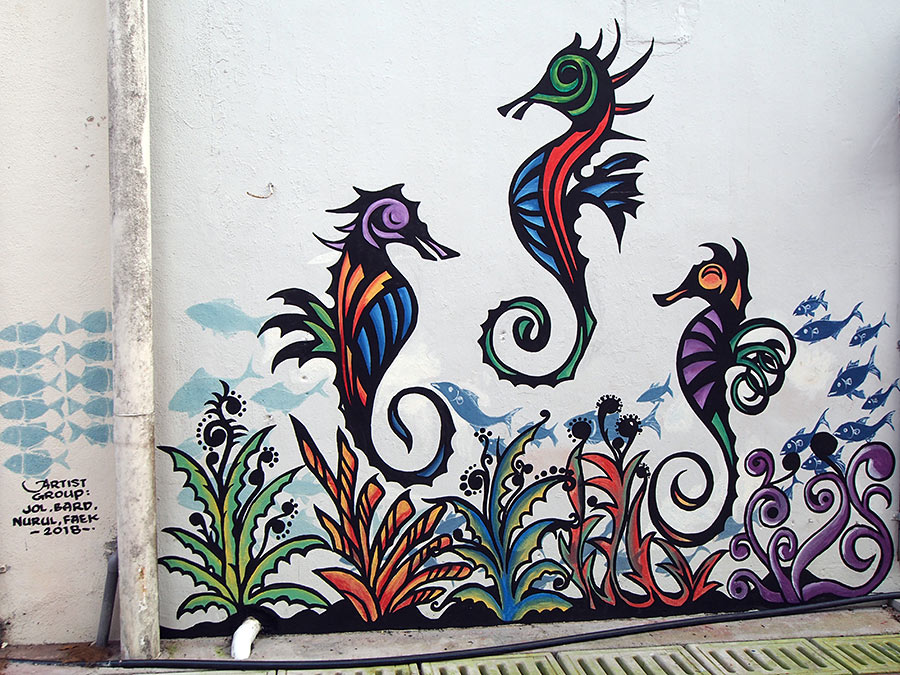 Add in the dolphin and mermaid: 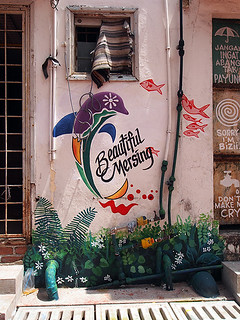 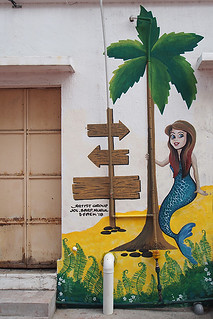 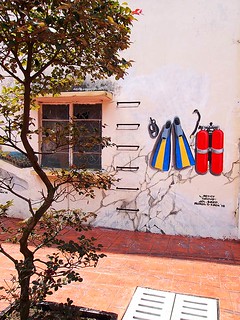 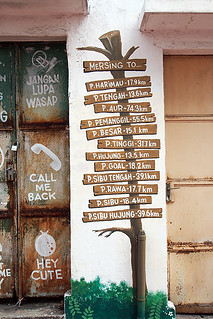 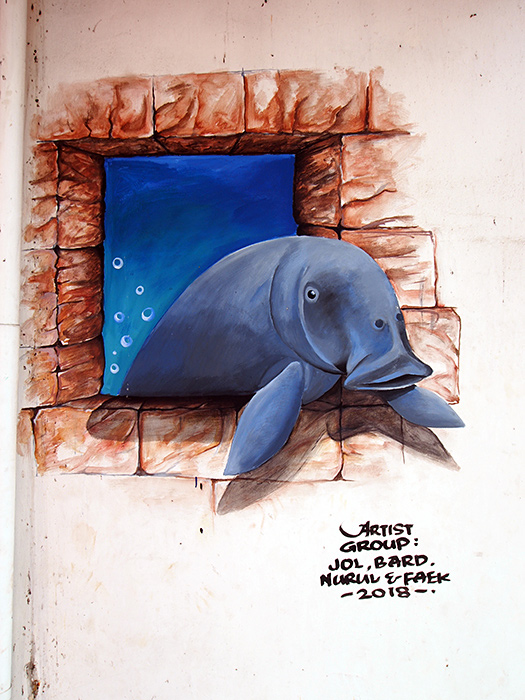 Or the epic whale leaping over the row boat: 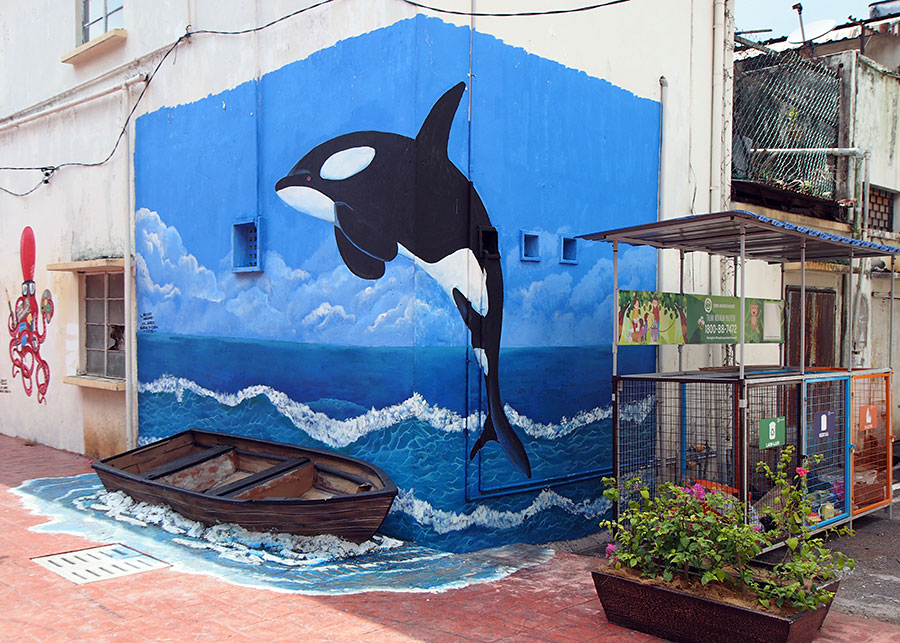 Whale and the row boat

The sense of humour, and the whimsical feel of the original has if anything been added to and developed in the new and the updated works. Artists I salute and congratulate you! Make time on your way through Mersing to appreciate and enjoy! 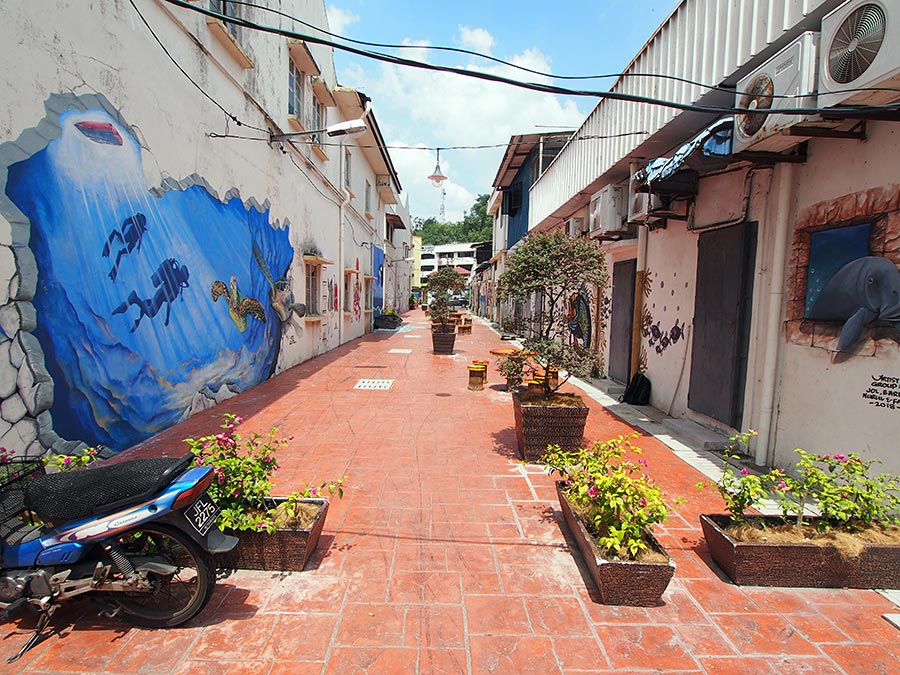